Vice President Henry Agard Wallace was born in Adair County, Iowa on October 7th, 1888 to Henry Cantwell and Carrie Wallace. Growing up, Wallace spent most of his time fascinated by his family farm and the simplicity of nature. After graduating from university, the younger Wallace became the editor of his family’s farm journal, titled Wallace’s Farmer.

He went on to found the Hi-Bred Corn Company, one of the first in the world to sell hybrid corn that maximized the yields of farmers across the globe. Getting involved in politics, reluctantly at first, to support the rights of the working man in the Midwest, Wallace endorsed Franklin Delano Roosevelt for President in 1932. Following his electoral victory, President Roosevelt nominated Henry A. Wallace to be the 11th Secretary of Agriculture, a position with vast responsibilities that Wallace took on heartily.

Following several successful years working to alleviate rural poverty, Wallace was nominated to run with Roosevelt for Vice President in the 1940 election. Stumping across the nation on behalf of the then-ailing President, soon-to-be Vice President Wallace brought a message of hope and passion to the heartland of the United States, eventually triumphing with a staggering 449 electoral votes.

As Vice President, Wallace took an extreme interest in not only foreign affairs, but the well-being of common, working people across the globe. He traversed Latin America, China, and the Soviet Union, preaching a message of economic development, independence, and international cooperation. In 1942, he gave what would become his most-famous speech: “The Century of the Common Man."

Some have spoken of the ‘American Century.’ I say that the century on which we are entering… can be and must be the century of the Common Man. 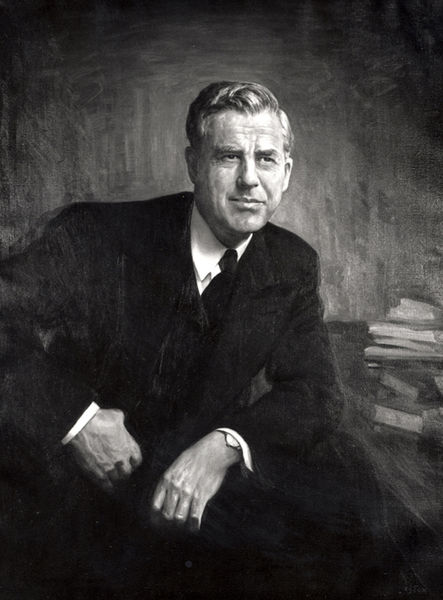 After being pushed from the ticket in 1944, Wallace served as Secretary of Commerce, before ultimately resigning over disagreements with then-President Harry Truman. He continued his global travels with little interest in playing politics -- Often disappearing to far-flung regions halfway across the world for weeks at a time.

In 1948, Wallace ran for President of the United States on the Progressive Party ticket, ultimately garnering only 2.38% of the national popular vote. Following the loss, he retired from running for office -- Focusing on his own farm in upstate New York, and continuing to advocate publicly and privately for the rights of the disadvantaged across the world, keeping up frequent correspondence with Presidents Eisenhower, Kennedy, and Johnson.

He died in 1965, largely forgotten to a majority of Americans.

Henry Agard Wallace believed in a world where the most important considerations of the day were not those of the world’s superpowers, but of the common, working man. He had a deep interest in culture, language, and people, while shunning the extravagant lifestyle of Washington’s most-powerful. He could frequently be found throwing boomerang, alone, on the banks of the Potomac, and frequently made the trek on-foot from his home in the Wardman Park building to his office near the National Mall every day -- A 10-mile journey round-trip.

The Wallace Institute for Arctic Security exists to promote Wallace’s care for the Common Man, as well as his dedication to ensuring that entire nations and people would not be exploited for financial or material gain.

“If we put our trust in the common sense of common men and ‘with malice toward none and charity for all’ go forward on the great adventure of making political, economic, and social democracy a practical reality, we shall not fail.”

Keep Up to Date

Receive the latest news from The Wallace Institute.